Help us get to Memphis, and get NEW MUSIC!

WATCH THE VIDEO AND GET EXCLUSIVE PERKS!

You may have heard, this January we're headed down to Memphis Tennessee for the International Blues Challenge! We're proud to be representing the Granite State Blues Society, who put on a nice fundraiser for us last week in Manchester NH (thanks to all who came out!). We still need to raise some money to cover our expenses, so we've put together an exciting Indiegogo campaign – “Memphis Or Bust!” that will help us get down to Memphis, while giving you great exclusive rewards. Today I'm going to tell you more about one of the coolest perks, NEW MUSIC!

When we were putting together this campaign we asked ourselves, what is the single most exciting thing we could offer? Since it’s been several years already since our debut album, the obvious choice was NEW MUSIC! Here's a first look into what we came up with – the Bootleg EP Series – available with our $30+ perks (which also include lots of other fun stuff)! We think you're going to love it, and getting it helps us out a lot too! Details are below, including the actual track listing! :) Click here to see the full campaign and to back us! 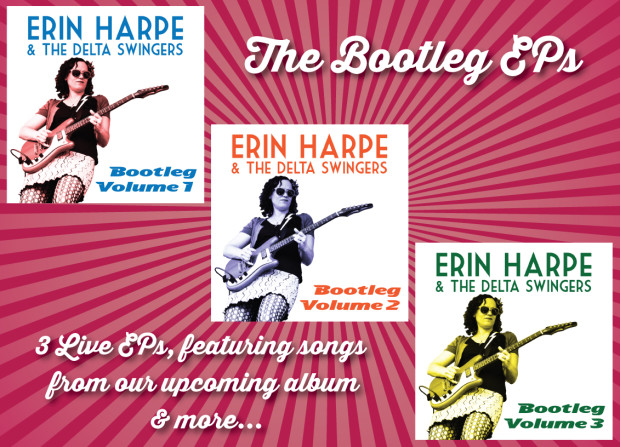 The Bootleg EP’s are a series of exclusive digital releases we made just for backers. We thought it was important to include some material that hasn’t been released before, so each 5-song EP includes new songs from our upcoming album – including our most frequent requests! It's an early preview of our next album, also including some new takes on old favorites, with all the excitement of our live show. The tracks were recorded live at Pitman's Frieght Room in Laconia NH, featuring the 2017 Memphis IBC band – Erin, Jim, Matt and Kendall! This release won't be available anywhere else!

Today we announce the full track listing (drum roll  please, Kendall!), check it out below :) We know you’re going to love this new music! Your friends and family might love it to, so feel free to SHARE THIS POST! We're at 44% of our goal (woohoo! and thanks!) but we still have a ways to go to get to Memphis!

Thank you so much for your support! 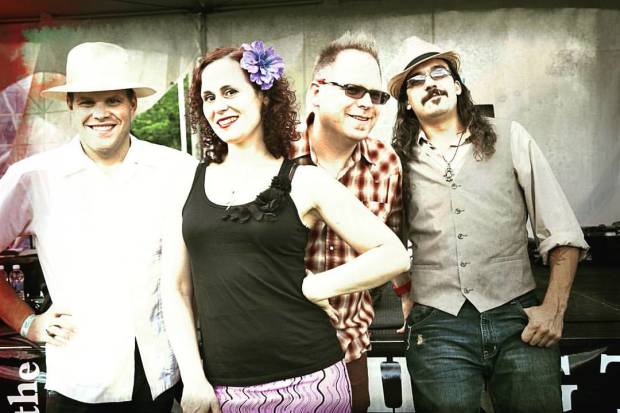